I was disturbed yesterday to see a Metropolitan Police Department cruiser here in the nation’s capital displaying an overtly political, anti-American message.

The parked police car had what appeared to be a rolled-up white tee shirt on the dashboard with the word WOKE in large letters. (The DC license plate for the car is DC 9624. WordPress cropped the original photo in the version displayed above.)

“Woke” is the battle cry of Social Justice Warriors, the kind of people who punch people in the face because they don’t agree with them.

This is what woke means:

“Woke” is a slang term that originated in the African-American community, gained traction on social media and has now permeated mainstream culture. In the vaguest terms, “woke” refers to an intangible level of awareness about community issues and social justice … The Black Lives Matter movement is often credited with popularizing the term as a rallying cry for social justice. In fact, BET made “Stay Woke” the title of its new documentary about the movement …

According to Fusion, the first notable use of “Woke” is the 2008 Erykah Badu song “Master Teacher.” In it, Badu sings about dreaming of a world with racial equality before urging listeners to “stay woke” — stop dreaming and confront racial injustice in reality. […]

Now the term is commonly used to refer to an awareness about the persistence of racism in America, especially systemic racism, as well as to mockingly refer to people, especially white people, who have newly educated themselves on those social realities. Its use has also expanded to include other social justice issues, such as gender equality.

Unless I’m missing something here — maybe it was confiscated from a suspect? — this is not okay.

The police should not be aligning themselves in any way whatsoever with the racist, violent, subversive Black Lives Matter movement.

Here is the complete photo: 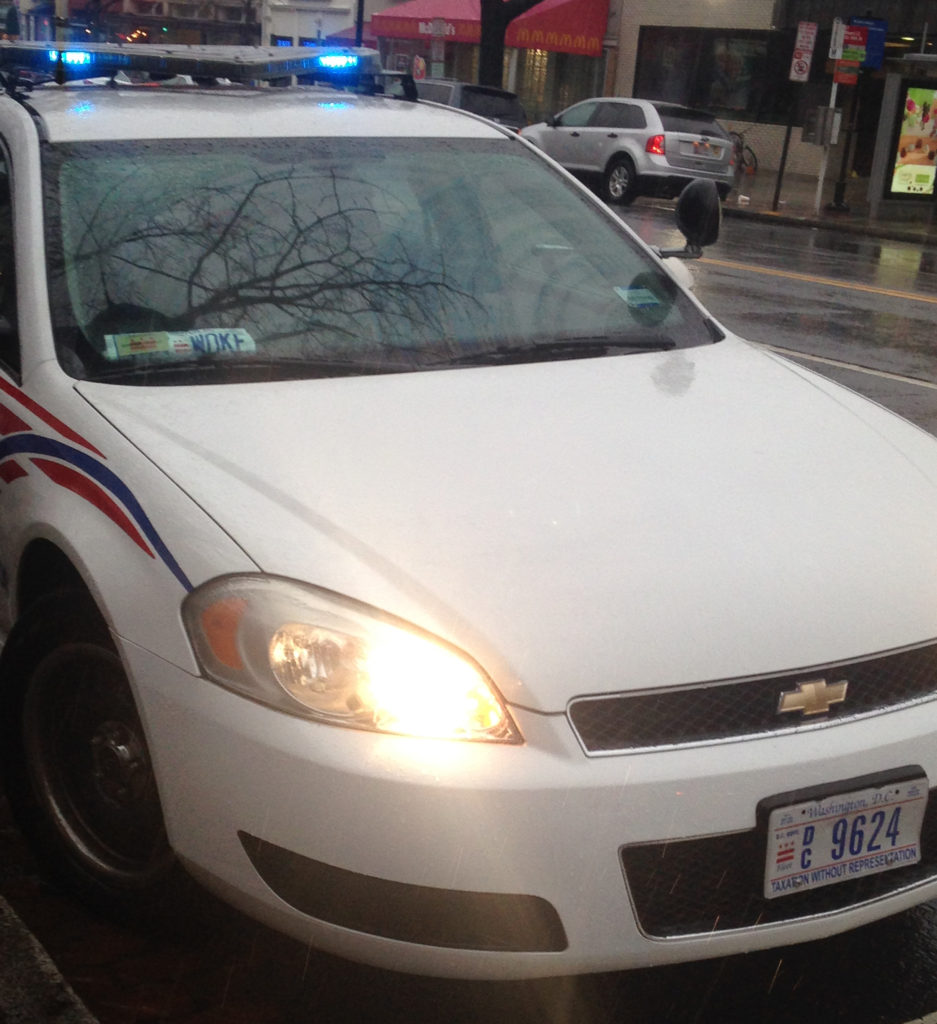