Terry Krepel, a whiny, petty, undistinguished former journalist, now makes a living writing drivel. The sloppy Media Matters for America writer has published yet another nearly fact-free attack on an article that cites my investigative journalism. 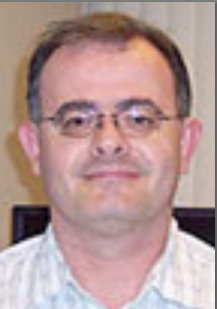 According to the article, “The funds would go to state and local governments and to ‘qualified nonprofit organizations’ to redevelop abandoned and foreclosed properties.”

The question of whether the shell corporation still exists is more complicated than Krepel suggests. I am not certain that the bankruptcy case has been finalized by the U.S. Bankruptcy Court in Brooklyn, New York, where it was initiated. Such cases can take years to be completed. The more complex the case, the longer it can take. Is the shell corporation still considered to exist if the case is still in progress? I’m not certain. Neither is Krepel. When I covered the bankruptcy beat in a previous journalism job I was led to believe an entity in bankruptcy continued to exist until the bankruptcy petition was discharged.

Quite apart from the above esoteric legal point, ACORN continues to exist. As I have written again and again, ACORN instructed its state chapters to formally incorporate themselves under assumed names in order to carry on the work of ACORN. In other words, the ongoing criminal enterprise known as ACORN continues to function, albeit with a modified organizational structure.

As I explain in my book Subversion Inc., ACORN official Nathan Henderson-James explained some time ago that this was the game plan. Pro-ACORN author John Atlas said the same thing in his book Seeds of Change. ACORN’s final national chief organizer Bertha Lewis has also said the same thing. The “new” groups are ACORN. They are run largely by the same ACORN staffers in the same ACORN offices. They are ACORN.

Krepel claims “WND offers no evidence that the money is specifically earmarked for ACORN.” On this small point he’s correct. The article does not even claim that the federal funding is specifically earmarked for ACORN. The article is chock full of qualifiers (e.g. “contains as much as $15 billion in payoffs for radical left-wing groups such as ACORN”; “The funds would go to state and local governments and to “qualified nonprofit organizations”;) that make it clear that ACORN could obtain some of the funding.

Krepel writes that “no evidence is offered that ‘qualified nonprofit organizations’ with a conservative viewpoint are automatically disqualifed from receiving money.” Again, on this small point Krepel is correct but the issue he raises is not relevant to the article which is not about conservative organizations. In any event, there are very few conservative nonprofits that receive federal funding.

Krepel protests a passage in the article which states that ACORN Housing (which legally changed its name to Affordable Housing Centers of America or AHCOA) is affiliated with ACORN. He cites a sloppy, error-ridden report from the Government Accountability Office (GAO) that declares that AHCOA is not an affiliate of ACORN.

As I’ve written repeatedly, I reject that GAO report and apparently so does WND. In fact the Obama administration also apparently rejected the GAO report when it quite properly withheld a $461,086 grant from AHCOA in January of this year.

None of this will matter to Krepel. He’ll keep on lying (even though he’s not good at it). It’s his job.

* * * * *
Americans need to know that ACORN is restructuring in time to help re-elect President Obama in 2012. Obama used to work for ACORN and represented the group in court as its lawyer. These radical leftists who use the brutal, in-your-face, pressure tactics of Saul Alinsky want to destroy America as we know it and will use any means to do it.