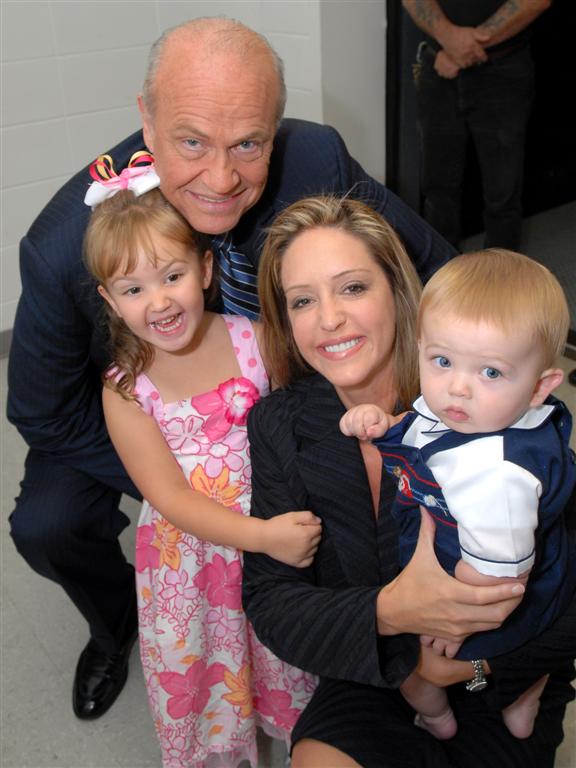 The petitioner is former conservative talk radio host and activist Jeri Thompson, widow of Sen. Fred Thompson (R-Tenn.), who died in 2015 at age 73. Thompson, a lawyer who was minority counsel assisting Republicans on the Senate Watergate Committee, achieved notoriety not only for his work in law and as a lawmaker, but as a radio commentator as well as a high-profile movie and television actor.

In an interview with The Epoch Times, Jeri Thompson said she was acting because she felt it was both the right thing to do and because it was what her late husband would have wanted.

Mrs. Thompson said she was distressed that so many courts have taken a hands-off approach to emergency pandemic-related powers.

“Look at the legal help you need to get to get in to see your loved one in a hospital,” she said.

She also recalled her son asking what his father would have to say about mask-wearing mandates.

“Your dad didn’t believe in motorcycle helmet laws,” Thompson said she told him. “There is no way in heck he would have ever worn a mask.”

Thompson said she was inspired by lawsuits brought by citizens in other states against emergency pandemic provisions they consider to be overreaching.

The case at hand, filed with the Davidson County Circuit Court is known as Tennessee ex rel. Thompson v. Lee, docket number 21C1613. Thompson seeks a writ of mandamus against Gov. Bill Lee, which is an order from a court to a government official, directing the official to properly carry out his official duties. Lee has acknowledged through his lawyers the legal concerns raised by Thompson, but is opposing her application to the court.

Presiding over the case is Judge Amanda McClendon, a Democrat who was reelected in August 2014, according to Ballotpedia. Her term of office expires later this year.

The lawsuit survived a motion to dismiss brought by the governor. The court was scheduled to consider Thompson’s motion for summary judgment but the hearing has been postponed.

Thompson said she expects the court will hear her motion in early February.

The petition filed by Thompson, who is representing herself in the legal proceeding, states that Lee has been violating the Tennessee Health Freedom Act and the Ninth and Tenth Amendments to the U.S. Constitution by exercising powers beyond his authority.

Thompson is what the courts call a “pro se” applicant or plaintiff, meaning she is acting without an attorney. There are numerous other pro se legal proceedings underway in various states aimed at striking down or curbing pandemic-related gubernatorial executive orders. As in this case, other governors are accused of seizing emergency power they are not legally entitled to exercise.

The two constitutional amendments cited in Thompson’s lawsuit direct power away from the federal government.

The Ninth Amendment reads: “The enumeration in the Constitution, of certain rights, shall not be construed to deny or disparage others retained by the people.”

The Tenth Amendment states: “The powers not delegated to the United States by the Constitution, nor prohibited by it to the States, are reserved to the States respectively, or to the people.”

Lee has become a lightning rod for criticism in his home state. The left has attacked him for not going far enough in imposing limits on individual behavior in an effort to stem the spread of SARS-CoV-2, also known as the CCP Virus, which causes the disease COVID-19. At the same time, the right has gone after him for overstepping the bounds of his emergency orders.

In mid-December 2020, in response to surging reported infection rates in the state, Lee unveiled a 10-person public gathering restriction. For Christmas that year, he encouraged people to gather only with others from their own household, and asked that employers allow employees to work from home for a month. The gathering limit did not include at-home events or churches. Limits on church attendance have been struck down by courts in some states.

The law “prohibits public employers and public schools from mandating vaccination or requiring masks on premises, unless certain conditions are met. Additionally, the new law—creating Title 14 of the Tennessee Code—provides that employees may collect unemployment benefits if they are separated from employment as a result of refusing to receive a COVID-19 vaccine.”

On Jan. 13 of this year, the U.S. Supreme Court blocked the Biden administration’s sweeping private-sector vaccination mandate on a 6-3 vote, but allowed the mandate requiring health care workers to get vaccinated against COVID-19 on a 5-4 vote, as The Epoch Times reported.

Lee offered justifications for his actions.

“We tried to be as targeted and specific to what we think the actual problem is, and not go beyond that,” Lee told Republican members of the General Assembly, The Tennessean reported in late 2020.

In a separate public address back then, Lee said the Volunteer State was “ground zero for a surge in sickness.”

“We are in a cold, cruel phase of this pandemic,” he said. “It will get worse before it gets better. I know you are tired. But we have got to double down.”

Lee’s first pandemic-related executive order, number 14, came on March 12, 2020. Of the 95 executive orders Lee has issued since he became governor in January 2019, at least 54 have been related to the pandemic, according to an analysis by The Epoch Times.

The Davidson County Circuit Court is being asked to compel Lee to enforce the Tennessee Health Freedom Act, which states that “every person within this state … shall be free to choose, or to decline to choose, any mode of securing health care services without penalty or threat of penalty.”

“Tennesseans were forced against their will, without due process of law, which requires notice and a hearing before a person’s liberty is deprived, to surrender certain freedoms,” the petition states.

State residents have been compelled to receive vaccinations, wear masks, give DNA samples, submit to having their temperature taken, participate in contact tracing, and have their health care information collected “by way of compulsion,” according to the document.

In the so-called prayer for relief at the end of the document, Thompson does not single out specific policies. She asks the court to order that “Governor Lee be compelled to uphold the Constitution of Tennessee that the Governor swore to uphold.”

Thompson also requested that “Governor Lee be compelled to charge the Attorney General with the duties vested in him to enforce and uphold the Constitution of the State of Tennessee by immediately ceasing any federal or state, public or private, entity within the jurisdiction and/or operating in State of Tennessee compelling citizens of Tennessee directly or indirectly to participate in modes of securing health care services, and force to provide health care information by mandamus from this court.”